If it seems a little “windy” in the Myrtle Beach area this summer, it might be because an iconic franchise from Chicago is now a part of the Grand Strand.

For the 2015 season, the Myrtle Beach Pelicans have begun their affiliation with the Chicago Cubs, a storied baseball franchise that has more than 100 years of history under its belt.

And all the folks at TicketReturn.com Field have gotten in on the fun in embracing the “Cubbies.” For the June 5 doubleheader against the Carolina Mudcats, Pelicans players wore tribute jerseys in honor of the legendary Ernie Banks. On those jerseys were Banks’ famous words, “Let’s Play Two.”

That is just one of the surprises fans can expect this season. So, now is the perfect time to take your friends and family out to the ball game. 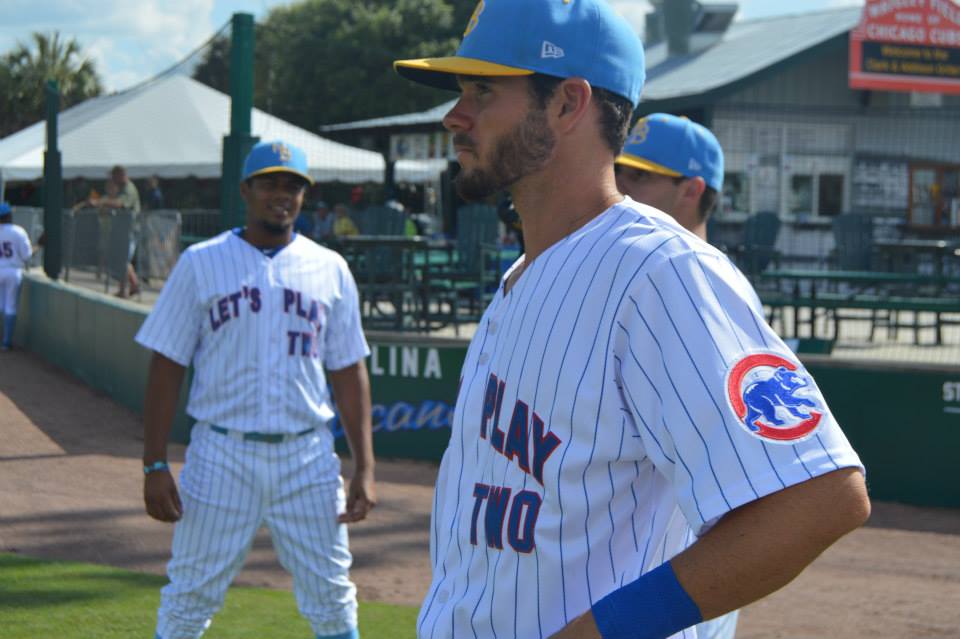