Not Your Average Plantation Tour

What historical figure would you most like to meet and why? After my trip to Hobcaw Barony, I have a new answer to that question.

Hobcaw Barony, also known as Bellefield Plantation, is the site of a 17,500-acre wildlife refuge and research reserve. Once made up of fourteen rice plantations, the land is rich with history. To put it in perspective, the property is larger than the entire island of Manhattan! Located on the Waccamaw Neck, it gets its name from the Native American word “hobcaw,” meaning between the waters. 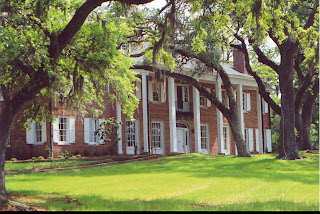 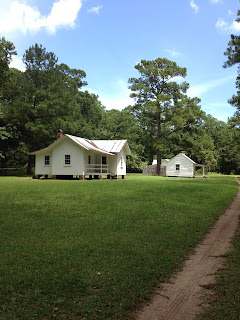 Hobcaw Barony was purchased in 1905 by investor, philanthropist and presidential advisor Bernard M. Baruch. The land is home to Friendfield Village, a 19th century slave village, as well as Hobcaw House and Bellefield Plantation.

The Baruchs hosted a number of famous guests at Hobcaw Barony, including President Roosevelt, Winston Churchill, First Lady Edith Bolling Wilson and Zasu Pitts. It served as a vacation retreat for many from the stresses of 19th and early 20th century society.

Bernard’s eldest child Belle took a special interest in the property, and by 1956 he had sold all 17,500 acres to his daughter. Now owned and operated by The Belle W. Baruch Foundation, the site offers an endless number of tours and programs. In addition to the general tour of the property that I took, there are special nature, birding and fly fishing programs offered. Visitors can also participate in an early morning photo safari or pow wow on Waccamaw Indian tribal grounds.  Kids can enroll in a three-day nature camp or participate in a school field study during the school year.


So, who would I like to meet? Throughout the tour, our guide shared fact after fascinating fact about Belle Baruch. She rode horses competitively, flew planes for pleasure and searched for German U-boats off the coast of South Carolina in her free time. From the sound of it, she never let anything get in her way and I would love to hear a few of her stories first-hand.