It's the best time of the year for sports - March Madness - and sure, most of our brackets are probably in pieces right now after 14-seed Mercer stunned third-seeded Duke. It was a matchup that best represents why the nation gets completely swept away by college basketball in March.

But here in the Myrtle Beach area, we've got an even bigger reason to celebrate. Tonight, our Coastal Carolina Chanticleers look to make history by being the first No. 16 seed to defeat a No. 1 seed when they take on Virginia in Raleigh.

And hey, one of the staff writers at Forbes thinks they're going to do it!

The Chants advanced to the big dance for the first time in 21 years after winning the 2014 VisitMyrtleBeach.com Big South Conference Men's Championship on March 9. And since Selection Sunday, the Grand Strand has been a whirlwind of excitement as we've all gotten prepared for tonight's 9:25 p.m. tipoff in Raleigh.

Well, we're just a few hours away! So, put on your teal and show your Chants pride! 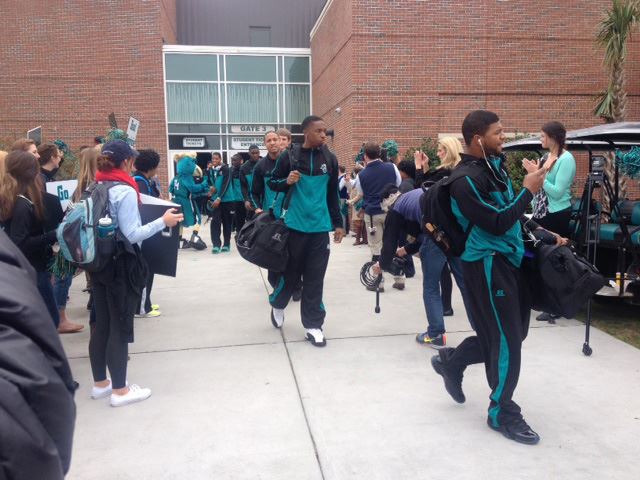