On June 1, 1985, Myrtle Waves Water Park opened for its inaugural season here in the Myrtle Beach area. This fun, family-friendly attraction – complete with Turbo Twisters, Arooba Tooba, Super Chute and so much more – has been making us all feel like kids, whether our ages are 3 or 30.

This weekend, Myrtle Waves opens its doors for its big 30th anniversary season, and you can rest assured that there is going to be plenty of celebrating this summer.

And what says “celebration” better than the opening of a new slide? That’s right, water park enthusiasts, “The Rockin’ Ray” is going to take your breath away in 2015.

Described as an “extreme water slide experience,” “The Rockin’ Ray” stands 39 feet and eight inches tall! This one- or two-person ride rocks you from side to side before shooting you down into the pool below.

This fantastic addition is set to open in June, and represents the park’s first new slide since the Arooba Tooba in 2008.

So, what are you waiting for? Now is the time to pick up those season passes for a great summer in the water. Daily general admission is also available.

To paraphrase The Beach Boys, catch a wave at Myrtle Waves and you’ll be sitting on top of the world! 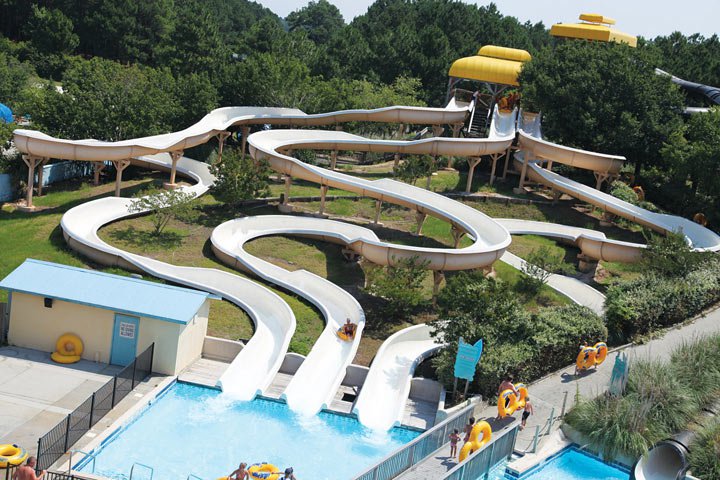