Breaking the Record was Icing on the Cake

Icing isn't the easiest thing to get out of your clothes.

No, this isn't an advertisement for a new detergent or washing machine. It's simply something many of us came to realize after celebrating the city of Myrtle Beach and the Myrtle Beach Area Chamber of Commerce's 75th anniversary on July 20.

To make this event even more special, we set out to break the Guinness World Record for the largest cupcake tower. The standing record was over 15 feet in height. Our motto might as well have been "go big or go home," because the size of the structure we built was over 21 feet tall.

And we haven't even gotten to the cupcakes. Yes, there were lots of them. Eight thousand, to be exact. They were shipped from Georgetown Cupcakes in Washington D.C., which is the setting for the popular TLC reality show "D.C. Cupcakes." Six hundred and fifty boxes of these scrumptious baked goods were loaded on to four pallets and stored in a refrigerated FedEx truck for their journey from the nation's capital to the Grand Strand.

July 20 was a warm day, but we all felt a cool, Arctic blast each time the doors to that FedEx truck were opened and another of those pallets were unloaded. The 50-plus volunteers on hand formed an assembly line to get the cupcakes out of their boxes and on to the tower. It took less than two hours.

And with that, we set a record. Now, we're anxiously awaiting the official word from Guinness.

All told, it was a fun and exciting day, and a great way to celebrate our anniversaries in style.

If you're wondering what happened to all those cupcakes, they came back off the tower and into the hands of the thousands of party guests anxiously awaiting the opportunity to taste these sweet concoctions. 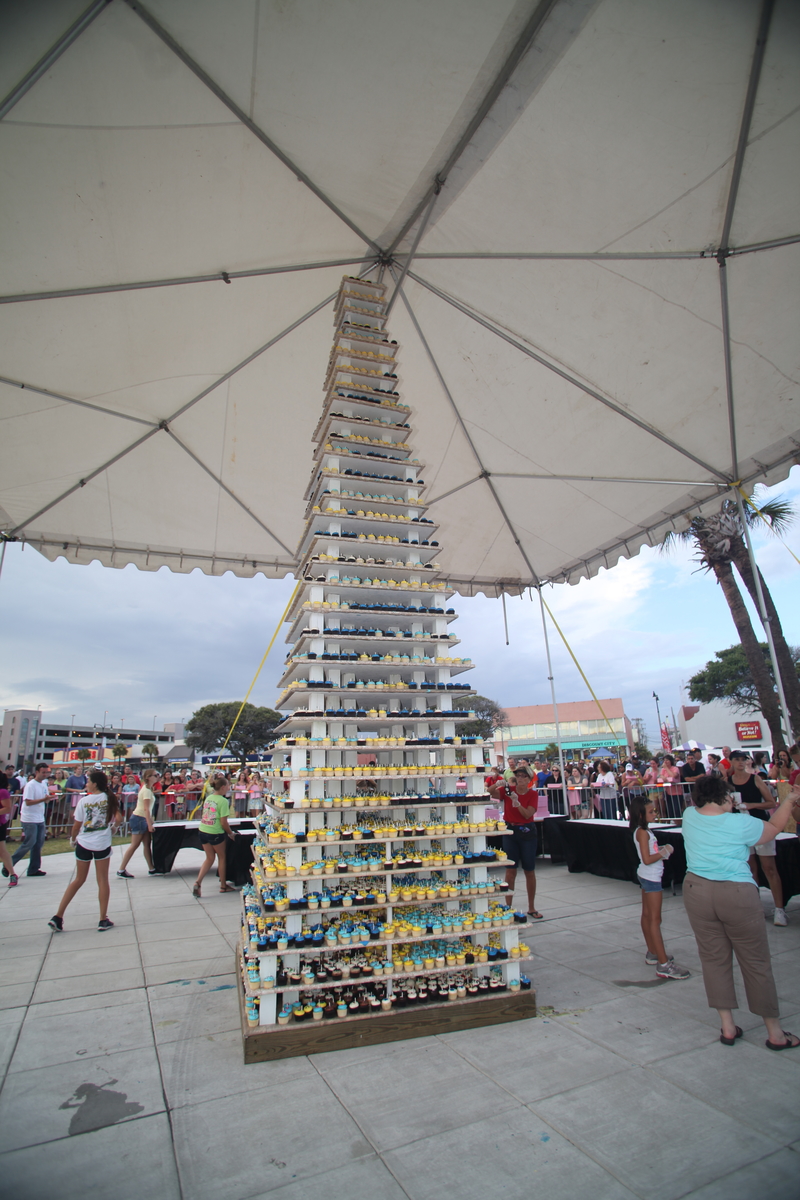